To prove the sophistry of capitalism, we must trace the roots of its core ideas.

Say's derision of consumers is easily defeated when one thinks that society can exist without businesses (as in a native tribe), but businesses cannot exist without society. In this chapter, Say sounds like a lobbyist for manufacturers. While mercantilism is economics for merchants, Say's proto-capitalism and proto-neoliberalism here can be viewed as economics for producers, prioritizing business interests over societal interests. Under our Socratic Social Cycles classification, Say is an oligarch-mind. The lines in red below indicate his sophistry. 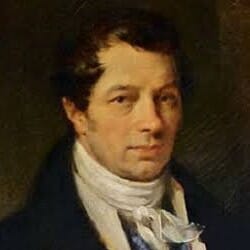 Book 1, Chapter 15: The Demand or Market for Products

Their great desire is a consumption brisk enough to quicken sales and keep up prices.

2 To know this demand, we must carefully analyse the best facts.  3 A man who produces anything can only expect it to be of value if others can buy it.

4If a businessman says "I want money for my woollens, not other products," it would be easy to convince him that his customers must first sell their own products for money, to buy his woollens.

[Our comment: Yes. Without money in circulation products cannot be circulated if people do not know how to do barter]

5To say that sales are dull because of the scarcity of money, is to mistake the means for the cause.

[Our comment: Say show his sophistry here. It is true that without money, other goods can be used to circulate value. But he does not mention that it takes a lot of trial to establish another tool of trade. ]

6When a superabundant product cannot be sold, the scarcity of money has so little to do with the obstruction of its sale, that the sellers would gladly receive its value in kind.

[Our comment: No, it is not so easy, but yet it is possible.]

7 This is applicable to all cases.

8 It is worth while to remark, that a product is no sooner created, than it, from that instant, affords a market for other products to the full extent of its own value.

9 For this reason, a good harvest is favourable to all businessmen generally.

10 Why is there so great a glut of commodities in the market sometimes, and so much difficulty in selling them?

12At the same time one commodity makes a loss, another commodity is making excessive profit.

13A producer is shallow if he imagines that the demand of non-productive consumers such as public functionaries, physicians, lawyers, churchmen, etc, is different from the demand of the actual producers.

14We make the following conclusions from this important truth:

But this advantage is from real production alone and not from a forced circulation of products like when governments tax goods to provide for non-producers. 16Each individual is interested in the general prosperity of all.17High production is the true source of the gains made by townseople over the country people.18 The position of a nation with its neighbours, is analogous to the relation of one of its provinces to the others.

22The general demand for products is brisk proportionally to production.

23A nation that produces abundantly yields handsome profits because:

Wherever production is stationary or lags behind consumption the demand gradually declines.

24 Such are the concomitants of declining production, which are only to be remedied by frugality, intelligence, activity, and freedom.