This is different from behavioral science which observe the dynamics of society from the viewpoint of the self, and different from psychology that sees the soul as an effect of the brain. For the enlightened philosophers, the soul's actions are not an effect of the brain, but are instead caused by the soul itself, with physical brain activity as an effect of the soul's desires. This is based on the maxim from our Metaphysics of Things that states that metaphysics creates physics which is consistent with the Hindu idea that the Supreme Entity creates the physical dimension from its thoughts and is doing so right now.

We see society as an organism by itself.

You can think of the soul as the driver (atman), the body as the car (jiva), and the brain (mastiska) as the control system and electronics. A autistic or intoxicated person is like a vehicle with messed-up controls, as a consequence of past actions (karma), giving its driver less powers to control the car or affect the outside world. It would be like your car's horn blaring by itself without you triggering it, or the brakes not working.

A society of humans is like a collection of drivers with their cars, which has different dynamics from a society of ants which is like a collection of a totally different kind of drivers and cars. A same class of vehicles can have minor differences, like a Mistubishi sedan have slightly different features from a Toyota sedan, but is more different from a BMW. Likewise, a human society in Saudi Arabia might have different features from a society in New York, but their core features or dynamics are the same. Vehicles can be upgraded or downgraded just as humans can improve or decline. 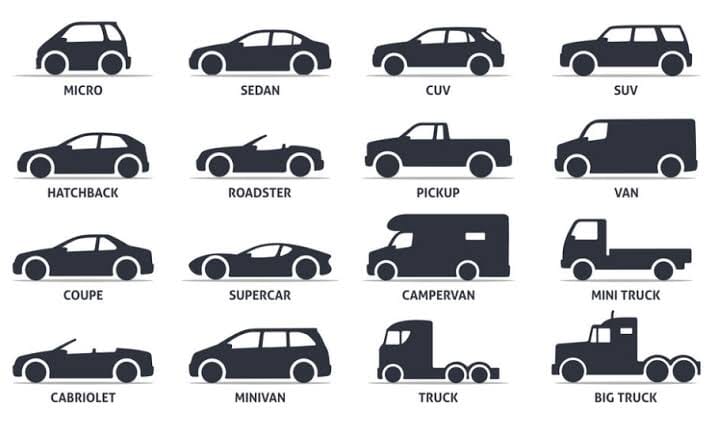 The Supreme Entity creates vehicles for souls, as the different species of plants and animals, for them to experience the physical dimension and interact with each other in a physical way

This is opposite of the current paradigm that sees individuals in society as totally independent and self-based as in that of liberalism (which makes up Capitalism). It is also different from the paradigm of Communism which classifies people into static proletariat or bourgeoisie groups and communes.

Being in the Middle: Similarities and Differences

Is this improvement in the working poor good or bad for society? The answer is obvious -- The working poor makes up the majority of every great society. What improves the majority can never be an inconvenience to the whole. No society can surely be flourishing and happy if the majority were poor and miserable. It is but equity that those who feed, clothe and lodge the the people, should have such a share of the produce of their own labour as to be themselves tolerably well fed, clothed and lodged.Simple Wealth of Nations, Book 1, Chapter 8

Adam Smith said that all classes in society have their role and no single class should be allowed to dominate, otherwise it would manifest as a monopoly (economic tyranny) or tyranny (political monopoly). Even the sovereign comes from the aristocrats who must compete with each other according to the needs of the times. Also, a person should be free to change his class within society. If society were like a family (a family is a very common society-organism), then the government would be the parents and the children would be like the common people. Some parents fight each other, while some are able to compromise peacefully. Some children grow up to be parents, just as people can become leaders or grow from rags to riches, so having static definitions in such cases would be improper.

Normally, this paradigm falls under 'socialism' which unfortunately, is ambiguous nowadays. For example, Venezuela's system is said to be socialist but since they reject their capitalist class, then their idea is not compatible with ours.

To introduce the idea of the society-organism which has its own dynamics, we use the name 'social networkism', which is associated more with Facebook than with Venezuela or Cuba

The dynamics of social networks match our paradigm very well -- in it, people are free act within the group that they choose to belong to, but are bound by the rules of that group. It allows democracy with the confines of a republic. Metaphysically, individual minds agree to combine into a group mind to form a family, town, or tribe. That group mind then agrees to combine with other group minds to form a clan, metropolis, or nation respectively, until even those can combine to form a single mega-group mind that represents the human species.

Social networks are naturally dialectic as everyone can be friends (thesis), break up (antithesis), and make up (synthesis)

So far, only social networkism has the philospical basis for the creation a united human species. Note that this is true also for animal and plant minds. Economic systems that use this paradigm can take advantage of 'network effects' to grow real value instead of current systems that grow value nominally through capitalist 'leveraging', or communist forced labour. The current system is inherently limited because it makes minds too subservient. For example in a capitalist system, you must wait for money before you can start a business. In a communist system, you must wait for a bureaucrat to approve your business application. This then makes everyone subservient to those who have such money (in capitalism) or those who have state authority (in communism). This in turn causes society to be hindered by individuals against its will.

Social Networkism stops working when man decides to leave society. In a jungle, a lone human can be fully liberal and exploit weaker plants and animals for personal gain because plants and animals themselves do not have a moral system.