While reviewing my simplification of David Hume’s Treatise of Human Nature Book 3, I came upon a strange wiki article called Hume’s Is-Ought Problem.

Hume calls for caution against such inferences in the absence of any explanation of how the ought-statements follow from the is-statements. But how exactly can an “ought” be derived from an “is”? The question, prompted by Hume’s small paragraph, has become one of the central questions of ethical theory, and Hume is usually assigned the position that such a derivation is impossible. This complete severing of “is” from “ought” has been given the graphic designation of Hume’s Guillotine. 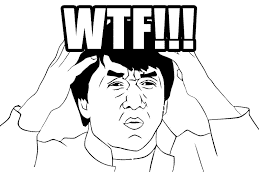 Did whoever create the Is-Ought problem even bother to take the context of that paragraph with the rest of Book 3?

Hume merely described the flaw in the way of how shallow-minded moral philosophers make moral rules. First, they explain the nature of things using reason. Suddenly and discretely, they inject their bias and personal feelings into the nature of things (is), as to create casuistic moral rules  (ought). This then makes a work of reason become an unreasonable work of subjective bias.

In every system of morality, the author proceeds in the ordinary way of reasoning and establishes God, or makes observations on human affairs. Suddenly, instead of the usual propositions of 'is' and 'is not', I meet propositions of 'should' and 'should not'. This change is imperceptible, but is of final consequence. This 'should' or 'should not' expresses some new relation or affirmation. This new relation should be observed and explained at the same time that a reason should be given for what seems inconceivable. How can this new relation be a deduction from other deductions entirely different from it?

An easy example is the Ten Commandments. In it, the author writes the 'is' in Exodus 19:3 that the Israelites did leave Egypt, as a matter of fact.

You yourselves have seen what I did to Egypt, and how I carried you on eagles’ wings and brought you to myself.

But then, the author adds his bias and personality into the fact or 'is' that was stated, in order to create a personal rule or 'ought':

I am the Lord your God, who brought you out of the land of Egypt, out of the house of slavery. You shall have no other gods before me.

According to Hume's principle, this tactic is improper because had the Israelites known that their freedom from Egypt would have a price, as the Ten Commandments, then for sure, not all of them would have fled Egypt. It is therefore unfair for that the 'is' was converted to 'ought', as a new relation that is connected to the author instead of to the nature of things. To prevent this problem, Hume advises people to be mindful of moralists who inject their biases very subtly as to create moral rules that favor them, and are therefore immoral.

This explains why the Israelites still had polytheism even after they were in the desert and why Moses (the author behind the idea of God) had to impose severe punishments on them. You could think of the Kingdom of God as a political party (with a ready-to-use set of political policies). People who were preaching the Kingdom of God were actually preaching a political party that was competing with others. Anyone who was following the other political party was committing 'sin'. Most of the prophets in the Old Testament were political propagandists (who advised policies against foreign invaders) more than being moralists.

Authors do not commonly use this precaution. I recommend it to the readers. This small detail would subvert all the vulgar systems of morality, and let us see that the distinction of vice and virtue is not founded merely on the relations of objects, and perceived by reason.

An easier example is a celibate man saying that sexual diseases are caused by sex and so sex should be banned. He correctly says that sexual diseases are caused by sex, from his observation of human affairs. But he jumps into an 'ought' by saying that people shouldn't have sex and imposes his own beliefs on others without taking into account their desires or situation.