The consumption or demand motive is one of the most important maxims of Adam Smith's economic system, aside from Effort Theory of Value. This maxim states that all economic activity is rooted in the people or the demanders in society and not in the producers or the suppliers in society*. This is easily seen in the concept of the human family (the smallest and most common type of society) wherein the parents work to provide or produce food for their children who are the consumers. Humans do this by instinct because this is how our species has evolved to be so advanced over animals. 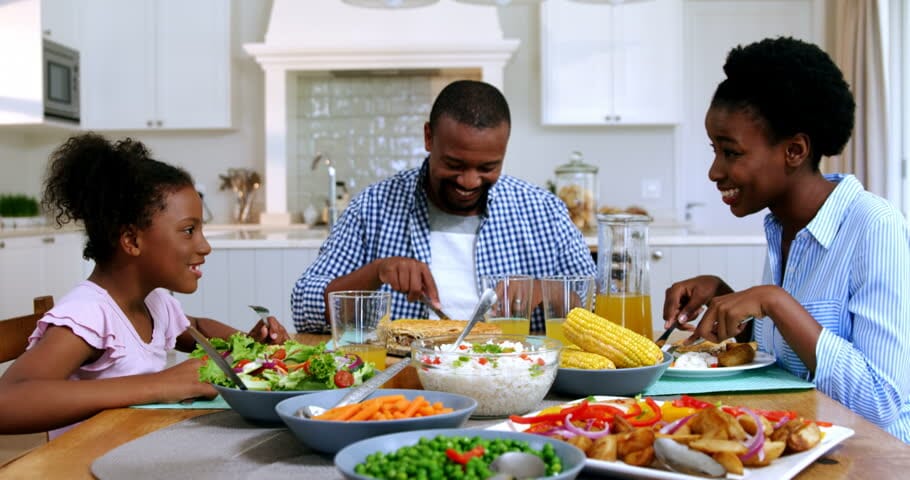 The human species continues its lineage through the children

This means that there were proto-humans that did not have the same mentality to provide for their children and so naturally became extinct. For example, they might have done the opposite and have eaten their children as a food source just like some animals species.

The maxim that the parents must provide for the children is the opposite of the current maxim of Economics of Say's Law which states that production* is the root of all economic activity and is the source of demand. The maxim of Economics thus makes the children subservient to the parents instead of the parents serving their children. This propensity is rooted in ego and is seen in the animal nature of survival of the fittest or those who can produce the most. 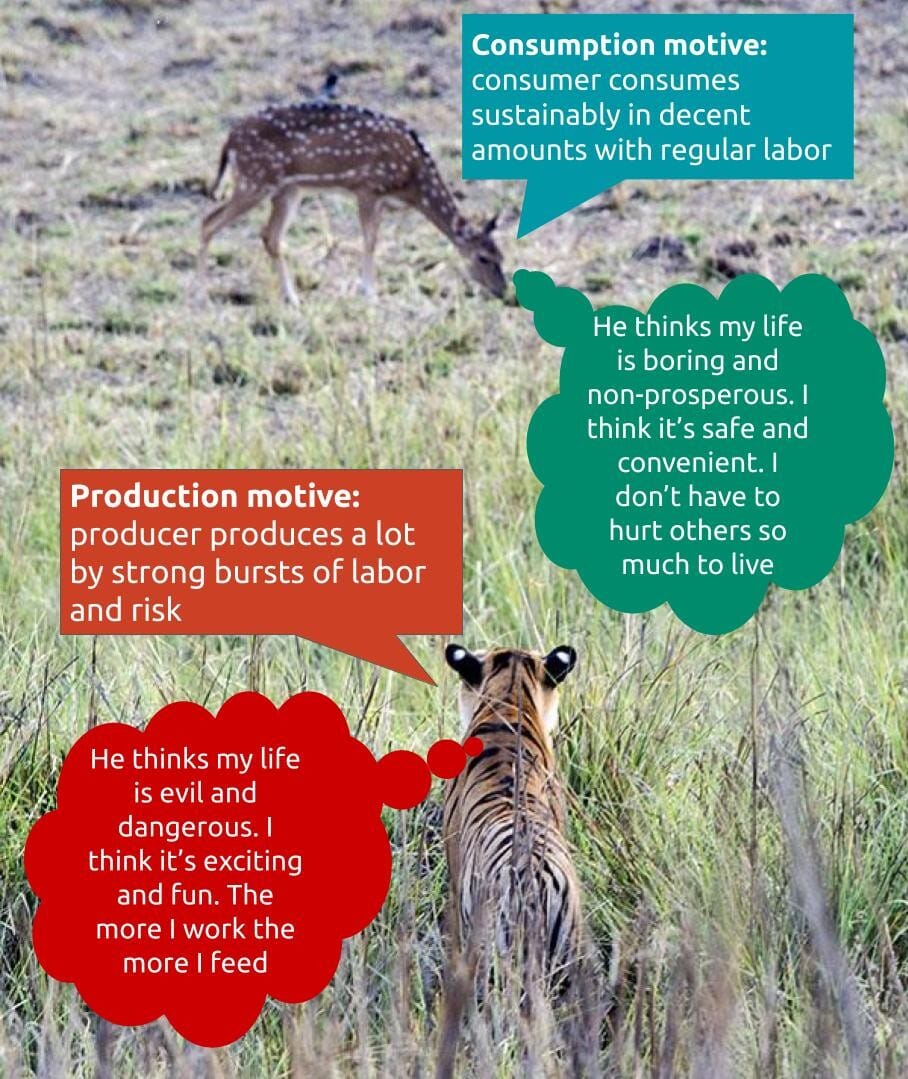 It's common to hear that investment bankers (the ones that fund production) being called wolves, as in 'The Wolf of Wall Street'. Smith very clearly explains that such a Production Motive is a mercantile sophistry:

By such maxims as these, nations have been taught that their interest consisted in beggaring all their neighbours. Each nation has been made to look with an invidious eye upon the prosperity of all the nations with which it trades, and to consider their gain as its own loss. Commerce, which ought naturally to be, among nations, as among individuals, a bond of union and friendship, has become the most fertile source of discord and animosity.. But the mean rapacity, the monopolizing spirit of merchants and manufacturers, who neither are, nor ought to be, the rulers of mankind, though it cannot perhaps be corrected may very easily be prevented from disturbing the tranquillity of anybody but themselves.

That it was the spirit of monopoly which originally both invented and propagated this doctrine cannot be doubted; and they who first taught it were by no means such fools as they who believed it. In every country it always is and must be the interest of the great body of the people to buy whatever they want of those who sell it cheapest. The proposition is so very manifest that it seems ridiculous to take any pains to prove it; nor could it ever have been called in question had not the interested sophistry of merchants and manufacturers confounded the common sense of mankind. Their interest is, in this respect, directly opposite to that of the great body of the people.

These differing paradigms can lead to different supply curves and business behaviour:

Without a doubt, it was the spirit of monopoly which originally invented and propagated this doctrine. Those who first taught it were by no means such fools as those who believed it. In every country, it is always the people’s interest to buy whatever they want the cheapest. This proposition is so very manifest that it is ridiculous to take any pains to prove it. It could never have been questioned had not the sophistry of merchants and manufacturers confounded the common sense of mankind. Their interest is directly opposite of the people’s interest.

We can thus say that the Economics is best for animalistic humans or those who love to prey on others -- a player who wins big in the stock market does not care that his winnings directly come from the losses and suffering of the losing players. He feels that it's alright to prey on others because he himself is fair game for those players if he loses.

SORAnomics, on the other hand, focuses on loans and real goods and services instead of equity and money (the favorite tools of the gambler).

It would be extremely difficult to convince a gambler not to gamble, or a wolf not to be a wolf, especially if his society has moral systems that promote gambling or even wolf-like behavior. The best preventative is to have a symbiotic system that filters out such predatory behavior. If prevention does not work and economic predators are still able to get inside, gamble, and then crash the system, then resourcization  is the only real solution as it converts money into real value as contracts for future goods and services. (Without money, the gambler has nothing to gamble with) 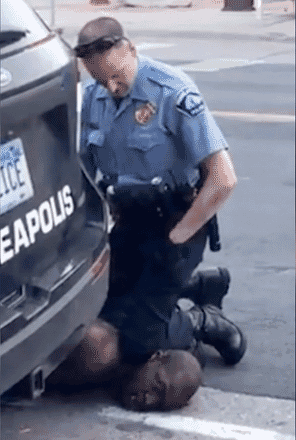 Some societies might actually promote predatory, survival-of-the-fittest behavior as a means of sustaining their society.
To Top