A key fallacy that is inseparably part of Economics, along with equilibrium, is the idea of profit maximization. The idea of maximization has its origins in Newton's Calculus which in turn has its origins in Physics. Smith and Hume never mentioned maximization nor calculus anywhere in their writings on the political economy. In fact, The Wealth of Nations has no equations at all*!  So how in the world did it enter and be so fundamental to Economics?

* Instead of equality, equilibrium, equations, or 1 + 1 = 2, Smith makes extensive use of ratios, proportions, balance, or 2 : 2, as prices are psychological and not physical in nature. This important difference is a reason why Smith and Hume's Political economy is to be regarded as an entirely different science from current Economics.

We trace its entry into economic thought through the marginal revolution, specifically with William Stanley Jevons who combined John Stuart Mill's flawed utilitarianism philosophy (the pursuit of private pleasure) with Calculus.

PLEASURE and painare undoubtedly the ultimate objects of the Calculus of Economics. To satisfy our wants to the utmost with the least effort—to procure the greatest amount of what is desirable at the expense of the least that is undesirable—in other words, to maximise pleasure is the problem of Economics." Jevons

In essence, this combines a bad philosophy with a mathematical tool that is not meant for humans. Smith wrote a whole chapter explaining the dangers of utility. Mathematics applies to physical, unconscious objects which have no free will, and not to human minds which can change drastically. Through math, you can predict precisely where a ball will fall, but you can never accurately predict a person's actions, much less those of a society through numerical data. If the latter were possible, then there would be no such thing as recessions, wars, and terrorism, as humans naturally avoid pain, and philosophically, it would imply that everything in existence is predetermined, which in turn would destroy the need for existence.

Why is Profit Maximization Wrong?

According to Adam Smith, profit is one of three kinds of revenue in society, the others being rent and wages. In a healthy society, all revenue is fairly distributed, according to natural rates, by agreements or higgling and bargaining, between profit earners, rent earners, and wage earners, which we call merchant class, ruling class, and working class respectively. If more revenue goes to one class than natural, then the other classes suffer, deprived of the revenue that they need to continue generating value for society. If most of the revenue goes to the merchant class, then the working class will have less money to learn new skills and maintain their families, leading to less skills and productivity for society, while the ruling class will have less funds for basic services and be less able to maintain a strong government. This often leads to some kind of crisis, of which the merchant class can avoid by moving overseas, unlike their government and people who are stuck. 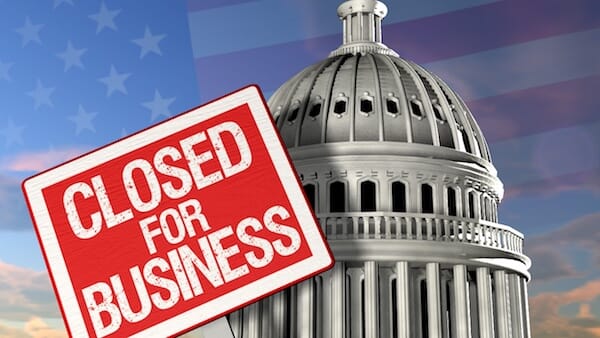 There is a lot of bullion alternately imported and exported for foreign trade in all great commercial countries. This bullion circulates among commercial countries in the same way as the national coin circulates in every country. This bullion is the money of the great mercantile republic. The national coin receives its movement and direction from the commodities circulated within the country. The mercantile republic’s bullion gets its movement from the circulation between countries.

A merchant is not the citizen of any particular country. He is indifferent on from where he carries on his trade. He will remove his capital and all the industry it supports, from one country to another with very little disgust.

Manufacturers who live on profits leave easily at the first signs of non-profits.

Unknown to the merchant class, however, concentrating and confining this revenue within the mercantile republic alone, with current investments in overgrown sectors such as technology, oil, and financial services, which are among the only remaining profitable ones, places their own capital in a precarious, imbalanced situation.

The monopoly of the colony trade broke that natural balance of British industry. British industry was turned to suit one great market instead of many small markets. Her commerce ran principally in one great channel instead of running in many small channels. Her industry and commerce was made less secure. Her whole political body was made less healthy. In her present condition, Great Britain resembles an unwholesome body with some overgrown vital parts. Her body is liable to many dangerous disorders which affect unproportioned bodies. Her blood vessel was artificially swelled beyond natural by the industry and commerce forced to circulate in it.

A small stop in that great blood-vessel will very likely bring the most dangerous disorders on the whole political body.

If profit maximization is allowed, then tax maximization and wage maximization must be allowed too. The government must be allowed to imposed the death penalty for anyone who pays incorrect taxes no matter how small. Workers must be allowed to hold strikes anytime they feel that their wages are insufficient, just as CEOs are anytime allowed to fire employees who do not contribute to profitability or to stop operations that are unprofitable because of high tax payments. From a philosophical perspective, all these are absurd.

How Can We Get Rid of Profit Maximization?

Smith's solution was the establishment of perfect economic democracy for all three classes, through the ruling class (thus the name Political Economy) or in the government regulating economics, not to control it, but to ensure that no class dominates the others.

A moderate and gradual relaxation of the British exclusive trade to the colonies, until it is rendered free, is the only expedient which can deliver her from this danger in the future. Only this can enable her to withdraw some of her capital from this overgrown employment. It can turn her capital towards other employments, though with less profit. By gradually reducing one industry and increasing the rest, this relaxation can restore her industry to that natural and healthy proportion which perfect liberty necessarily establishes. perfect liberty can alone preserve this natural balance. Opening the colony trade all at once to all nations might create some temporary inconvenience. It might create a great permanent loss to most of those presently engaged in it. Even the sudden loss of the employment of the ships which import the surplus tobacco might alone be felt very sensibly.

This democracy would lead to more competition and lower nominal prices, but greater revenue on the whole. Smith advocated lower profits and the regulation of overgrown industries as a solution to Britain's bad situation then. In the current context, this equates to breaking up big corporations, increasing competition and producing lower profits which would naturally force some to move to other industries needed by society. However, all these run counter to Economics and private pleasure.

To truly solve current economic problems, an alternative science to Economics must be created before any true 'economic reform' can produce real, lasting solutions. This science is called SORAnomics, derived entirely from Smith's Political Economy and Hume's Metaphysics or Science of Man (also as Socrates' Dialectics). Included in this science is the clear definition of perfect liberty* as social liberty which puts emphasis on society and real happiness or lasting peace, instead of giving too much focus on the self (ego) and its temporary pleasures. This science is then used to create a Social Resource Allocation (SORA) system which is a real-world institution tasked to implement this economic democracy and prevent the problems of the old system.

* Because of the ambiguity of the English language, liberals frequently equate perfect liberty as a free-for-all, which can easily degenerate into a 'survival of the fittest' system as observed in animals which have no respect or 'fellow feeling' for each other. To remedy this ambiguity, we create a new term 'social liberty' to imply liberty with regard to others. Social liberty is the freedom to act within the common interest.

Without social liberty, societies would merely stay exposed to big socioeconomic problems, since global capital is currently very much centralized in investment banks and institutions, whose singular decisions can crash markets arbitrarily. At the moment, such problems can be seen afflicting the Middle East, through the Arab Spring, which began as socio-economic protests, and ended up with the destabilization of their own governments and the suffering of their own people. More generally, this manifests as the rising inequality which will be felt by more and more people very subtly (especially by millenials) as time goes by.

Such are the unfortunate effects of all the regulations of the mercantile system! They introduce very dangerous disorders into the political body. Those disorders are often difficult to remedy without creating greater short term disorders.