The biggest fallacy of Economics is Market Equilibrium which is taught in basic economics or 'Econ101' everywhere as the supply and demand curve forming an 'X' and meeting in a state called exact equilibrium. Smith exposed this as mercantile sophistry in the 18th century, then called the 'balance of trade'. To prove that this idea of 'balance' is the same in essence with the 'equilibrium' of economics, we shall compare the philosophy behind both ideas.

Samuelson's Version of The Law of Demand

We will use Samuelson's version as it is more popular. He begins in Chapter 4: Supply and Demand: The Bare Elements, by describing a downward sloping 'Demand Schedule' which means that the price of a thing goes down the more abundant it is:

When the price of a good is raised (at the same time that all other things are held constant), less of it is demanded. (Economics, p. 61)

This is obvious. He then goes through a few more paragraphs to prove this. Smith uses only four sentences to explain this from the viewpoint of an impartial spectator (not as a buyer nor seller):

Like Smith, Samuelson also gives the example of water. However, Samuelson's version observes this phenomenon from the viewpoint of businesses or the supplier first instead of the buyer or demander. This is important because in reality, the buyers are made up of people in society. This subtle fact might not catch the attention of a casual reader, but it can be seen by a metaphysician (non-shallow philosopher).

Thus a first reason for the validity of the law of downward-sloping demand comes from the fact that lowering prices brings in new buyers.

The Mercantile Version of the Law of Demand 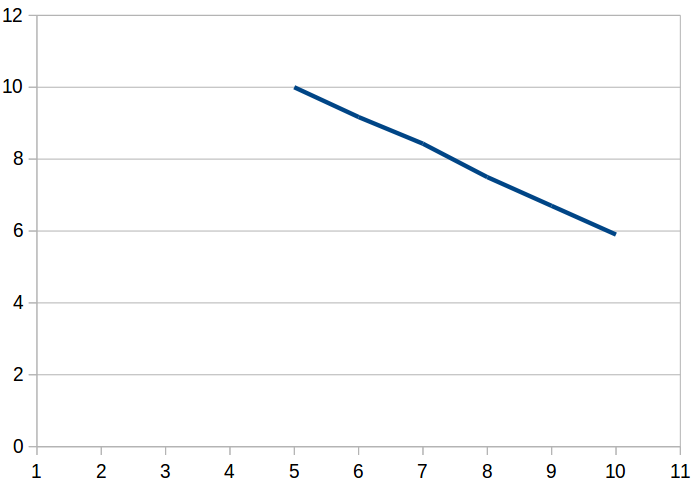 Digression on the 'Law' of Demand: Creating the non-problem 'paradox of value' to justify the fallacy called Profit Maximization

Many economists, including Samuelson, cite Smith’s example as a 'paradox of value', where in fact, there was never a paradox to Smith. Anything that is difficult to obtain yet desired by the mind, such as diamonds, simply will naturally have a higher price than that which is easy to obtain, like water. Economists create a paradox in order to justify the creation of the concept of marginal utility to ‘solve’ the paradox. This marginal utility requires the quantification of pleasure or utility, which is then ‘maximized’ as ‘profit maximization’ -- the second key fallacy being perpetrated by Economics.

By destroying the paradox of value, by keeping value properly subjective instead of being objectified into numerical increments, then profit maximization (which are merely numbers-based, carrying no moral quality) loses its top importance in the minds of businessmen and people in general. This then makes businessmen shift their focus on the actual non-numerical, non-quantifiable benefits that their businesses create.

In part 2,, we shall discuss the supply curve of Samuelson, Smith, and Mun to see the difference.