When I first re-wroteThe Wealth of Nations   in simple English, I was struck at how Smith often referred to 'corn' as the universal food.

Corn is the staple food of South America only. Asia has rice while Europe and America have wheat. After some Googling I found that ‘corn’ was the old British word for wheat and that ‘Indian corn’ was the word for modern corn. 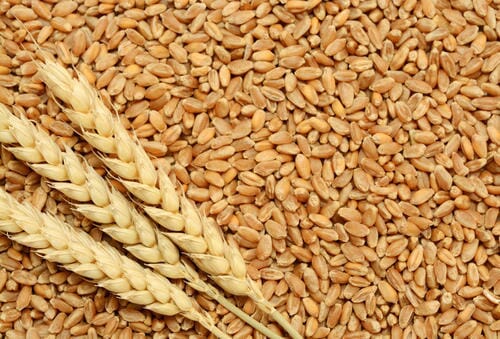 However, I had no access to a real British old person to verify this, so in my posts, I still referred to Smith’s corn as modern corn, as proven by this post wherein I separated wheat and corn prices. A key factor was when I read that cornmealwas given to the Irish during the Great Irish famine before the Corn Laws were repealed.

I only decided to settle the old corn vs modern corn issue when I heard about the rice crisis  in the Philippines which was related to import controls. The issue was whether scrapping quotas would help or harm that country’s food security. So, I went back to Smith’s Digression on Corn word by word and realized that ‘wheat’ does make more sense than ‘corn’ especially since wheat is more hardy than corn even today.

So that the old translation using corn:

Excessive drought or rain are bad for crops. But corn grows equally on high and low lands, and wet or dry land.

can be safely changed into wheat:

Excessive drought or rain are bad for crops. But wheat grows equally on high and low lands, and wet or dry land.

An unexpected bonus of going through Smith’s Digression on Corn Laws all over again was the eureka moment when I realized that Smith’s grain import/export policy in his Digression on Corn in Book 4 is the same in nature as his immigration policy stated in Book 1, Chapter 10.

To Smith, the policy on grains and the policy of immigration should be the same because modern humans cannot live without grains, but can live without manufactured goods. This essential difference should separate the treatment of grains and manufactures within the WTO and in legal-speak. It could have prevented the 2008 Food Crisisas it would ban grain speculation directly, just as human trafficking is banned.

If the Digression on Corn is read shallowly, it would seem that Smith allowed grains to flow freely out of poor countries and into rich countries. However, people seem to forget that Smith also allowed people to move freely from poor countries into rich countries, alongside those grains. Laissez faire people lobby for food from industrial farms in wealthy Europe to flood into Africa. But they strangely do not lobby for African refugees to flood into Europe and reduce European wages and employment just as European food reduced African employment.

That latter phenomenon actually happened during the Irish Famine. In a nutshell, cheap wheat came in from America which reduced Irish employment. This forced the Irish to flood into America -- the cause of their unemployment, as its karma or natural consequence. The famine was just a trigger for the karma to start running, just as the current disorders in Africa and the Middle East are the triggers for their refugee crisis.

So how then would our grain policy have prevented the Irish Famine?

The influx of cheap wheat from America in Britain would increase the population of the poorest British -- the Irish. This overpopulation would then prompt them to move to America to supply the much-needed labour, instead of America sourcing it mostly from Africa as slaves. A virus striking Irish potatoes would not cause many deaths because American wheat could easily feed the people.

The root cause of the famine was the internal injustice within Ireland and the external discrimination against Irish labour. These 'locked them' within Ireland, creating an overpopulation which had to be supported by cheap potatoes. When the potatoes failed, the population starved, forcing them to move to America anyway.

The extension of the custom-house laws of Great Britain to Ireland and the plantations would be the most advantageous to both provided it was accompanied with an extension of the freedom of trade, as in justice it should be. All the invidious restraints which presently oppress the trade of Ireland and distinguish American enumerated and non-enumerated commodities would entirely end.

As we can see, modern laissez faire is really a global oligarchy or Mercantilism and has nothing to do with Adam Smith. If cheap European food is dumped into Africa, then African labor must be also be allowed into Europe. This would then drive the lower class Europeans out of Europe and into Africa where they can improve African society just as they improved South Africa and Zimbabwe (before they were booted out by Mugabe). Of course, European nationalism would be against this, just as British nationalism was against the Irish.

If nationalism prevented the 19th century Irish from moving to America and Africans from migrating to Europe, then the Irish and the modern Africans should likewise block off cheap imports from America and Europe respectively. This would allow their local labour to supply their own needs and regulate their own population growth instead of being unchecked under liberalism or the doctrine of freedom. If done properly, this could even bring advantage to Ireland and Africa by being better producers than the US and Europe and gradually steal their market share. China currently employs this strategy and is an example of a poor country outperforming and outselling a rich country such as the US.