April 28, 2015
The Economist showed aninteresting graphic of the correlation of skyscrapers and economic crises in a phenomenon known as theSkyscraper Curse. A question was posed:"Does this frenzy of building augur badly for the world economy?", to which we answer "Yes, because ofEconomics".

To explain why skyscraper booms are generally bad, we explain their nature using our basic 'SORAnomic method', or by finding out the metaphysical causes to physical economic effects, as used by David Hume and Adam Smith.

What is the basic nature of skyscrapers?

Skyscrapers are concrete floors stacked on top of each other to create vertical space for humans to stay in while doing limited residential, office, or commercial tasks. Human activity is limited in them because they cannot support too much weight or movement, unlike factories or stadiums. Their height is the effect ofhigh quality of space, as expensive land prices, and thehigh quantity of demanders for that space, as population density. Calcutta has amongthe most demanders of space (at 24k per square km) but has low quality space, while Hongkong has both many demanders (at 57k per square km) and high quality spaces, from its economic strength. Thus, Calcutta has few tall buildings, while Hongkong has many.

Calcutta (above) and Hongkong (below) are both dense, but Hongkong has more value from its natural advantages 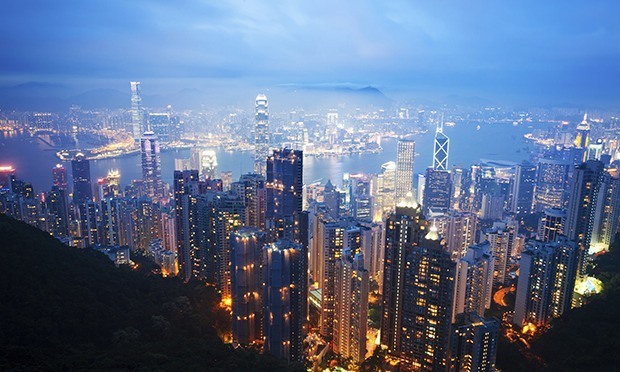 Skyscrapers are the manifestation of the engrossment of nominal capital, created by profit maximization

Skyscraper construction needs a lot of nominal capital* as money, which is used to mobilize work to convert ore and rock into real capital, such as steel and concrete. Raising this nominal capital is done by financiers by pooling money from various sources. A mercantile port, turned financial hub, like Hongkong has money flowing through it regularly and has no problem pooling money to build tall structures sustainably.

* Nominal capital is based on Smith's nominal value (based on currency), which is different from Real Value (based on corn). This concept does not exist in Economics which only measures value nominally.

For non-mercantile cities however, this money is easier pooled through big funds like sovereign wealth funds like that of Saudi Arabia or Singapore's GIC (which invests in tall buildings overseas).

With the increase in money and funds, those-who-live-by-profits see more probability of satisfying their hidden desires. Using Smith's terminology, their minds start to convert theirabsolute (imaginary) demand into aneffectual (real) demand. The most common absolute demand is the desire of the ego, which is always impractical and never makes good business sense, and shows itself during prosperous and profitable times:

The high rate of profit seems every where to destroy that parsimony natural to the character of the merchant.When profits are high, parsimony seems unsuitable to the affluence of his situation. But the owners of the great mercantile capitals are the leaders and conductors of the industry of every nation.. if the master is dissolute and disorderly, the servant will follow his master’s example..

Over-tradingis the common cause of it. Sober men, whose projects cost more than their capitals, will likely have no means to buy money nor credit to borrow it. They are like prodigals whose expence has exceeded to their revenue. Before their projects can be brought to bear, their stock is gone, and their credit with it.

Thus, high profits opens up the desires of the ego and the imagination, manifesting a 'irrational behaviour', just as a person who has no control over his desires seems crazy to others. This, combined with theuselessness of idle money, pushes those handling those huge funds to spend it immediately:

Every unnecessary accumulation of money is adead stockwhich could be employed in enriching the nation by foreign commerce. 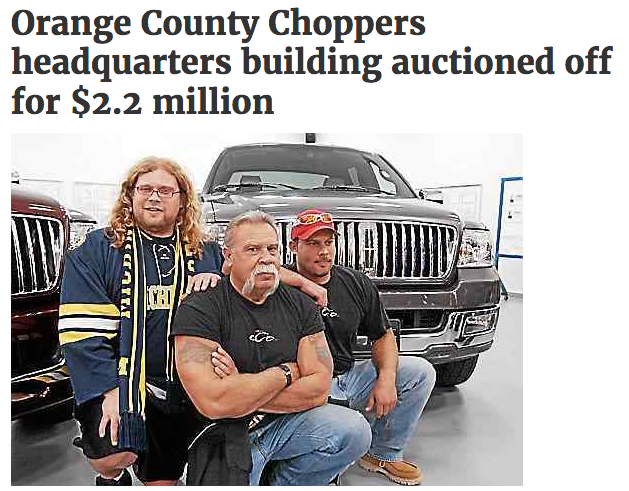 The Choppers cast got a lot of money from their fame on TV which they 'overtraded' for a building which they had to auction off after they went bankrupt later on.

In economics, this 'overtrading' is commonly seen in stock crashes and bankruptcies, where investments do not pay back the value that was fancied by the investors' or builders' ego.

Because of globalization, this nominal capital was able to flow outside of the US and Europe, where the demanders of space has been declining, into Asia and the Middle East where there has always been many demanders. Just as what happened during the 1907 Panic, Great Depression, and Oil shock in the West, the engrossment nominal capital has also caused the same effects in the East: overtrading and skyscrapers, among others.

Skyscraper booms are thereforean indicator of the engrossment of nominal capital into some fund which, when integrated with the profit maximization doctrine of business and economic sciences, must eventually create some kind of bubble or economic crisis. Usually, the crash of nominal capital happens first, followed by a crash in real capital. In other words, a recession hits first or the bubble bursts before the skyscraper/s or huge projects are finished, simply because it is quicker to move money around than to convert rock and ore into a tall building. In fact, this graphic by the Economist fits very well with our prediction of a global stagflation hitting before 2020.

By extending the relationship between crisis and skyscrapers, we add into our predictions that this new crisis will hit before the Kingdom Tower will be built in November 2019. As the root cause of all of these is high profits, the inevitability of this crisis can be attributed to the profit maximization doctrine, which although seemingly permanently ingrained in current business and economic sciences, was not present in the political economy of Smith and Hume.

As expected, the opening of the Kingdom Tower (Jeddah Tower) has been delayed:

The Jeddah Tower is still delayed