The Metaphysics of Value

SORAnomics uses 'value' to mean abstract feelings of worth (from Latin valere or worth), and 'price' (from Latin pretium or reward or prize) to mean objective ideas of worth, manifesting as a discrete number. According to its mother science called Superphysics  derived from David Hume, value has the dynamics of waves, and price has the dynamics of particles. We can say that value is the cause, and price is just the effect. You can hand out prizes just like particles, but not values. The cause of value then is the feeling, of which the strongest is the ego or the feeling of the self.

Value is then divided into Use-value and Exchangeable-value.

Exchangeable value vanishes when one is removed from society and only Use-value remains:

To one who was to live alone in a desolate island it might be a matter of doubt, perhaps, whether a palace, or a collection of such small conveniencies as..contained in a tweezer-case, would contribute most to his happiness and enjoyment.

Money is useless outside of society because there is no one to exchange with and no other egos to express their use-valuation.

The Sophistry of "The Paradox of Value"

Economics uses the difference between use-value and exchangeable value to create a non-problem called the paradox of value. This 'paradox' states that water is essential to life but is cheap, while diamonds are expensive. So economists create the concept of marginal utility to 'solve' the paradox.

The evil and unnatural effect of this is that it merges personal use-value with social exchangeable-value -- things that are naturally separate. It turns private subjective preferences, biases, and desires into objective ones that are measurable by society in numbers so that they can be compared and exchanged. This comparison and exchange is then perfected in its child-concept called profit maximization, causing everyone to sacrifice their 'priceless', highly useful subjective assets such as health, morals, family, sprituality, friendship, ecology, etc. in order to get exchangeable objects such as money and property. SORAnomics undoes this 'neoclassical synthesis' by splitting up use-value and exchangeable value and putting use-value ultimately in the hands of governments, and exchangeable-value to markets. This then leads to clear policy positions on nationalization and privatization.

Now that we have put Use-value away, we now can analyze Exchangeable Value in isolation.

Since ego is the determiner of value, the exchangeable value of a thing for the self alone is totally arbitrary. We call this the nominal value. The validity of this value is verified if other egos agree to it and proven by their purchase. At that point, it becomes its real value, or value to the self and others. An example is me baking a cake that I think is delicious (nominal value). It will become real if others taste it and agree to buy it. If they don't agree, then my nominal value was wrong and the cake is never exchanged and never acquires a real value.

You could say that nominal value is the value that the self (seller) wants the others to believe (which may or may not be real), and is thus subjective, while the real value of a thing is its actual importance to others (not yet to society), ultimately measured in the "toil and trouble toil of acquiring it (or) saved in disposing it". In the cake example, the others will buy my cake because it saves them from having to learn how to make such a delicious cake themselves. If I price my cake too high (a sign that I have a too-high regard for my ego), then they will try to make their own cake instead. Thus, we can say that the freedom to compete and create products and services by ourselves naturally check the egos in society. Allowing competition in economics* is therefore the same as allowing changes in leadership in politics.

* This assumes that Ubuntu was for sale. Technically, open source projects are free and only have useful value and no exchangable value.

Another example of real and nominal value is a singer auditioning for American Idol. He thinks that he is the best (highest nominal value). It is only when the judges give their decision will his nominal value be proven to be real or not real. If real, then this value can then be validated as a natural value when the votes of the audience comes in. More votes mean a higher natural value which can then be converted to a high market value when he starts selling his records to the public.

The social end result of the journey from nominal to real to natural value is therefore market value. In the past, this was done through barter, making circulation slow and arbitrage difficult. The growth of wealth correlates directly with the circulation of value and so civilizations (organized societies), such as the ancient Romans and Chinese, naturally invented money to speed up the process so that everyone could get their feelings satisfied faster. This created objective market prices, allowing arbitrage and subsequently the opportunity to addresss demand with supply.

Both wealth and crises arise from the invention of money.

When done naturally, this performs the work of the invisible hand of human dharma as a natural resource allocation tool using profits to "make nearly the same distribution of life’s necessities.. and afford the means to multiply the species," something that animal dharma is incapable of. However, when monopolized and overtraded, it leads to the ruin of society by imposing a lot of toil and trouble on others:

The great fortunes so suddenly and easily acquired in Bengal..prove that.. profits and interest are very high in those ruined countries.

The Circular Flow of SORAnomics vs Economics

To maximize the arbitrage, Economic systems pool money together as firms and corporations to make, buy, and sell real goods and services in society. In time, this naturally creates an oligarchy which then naturally competes with the government and the society itself. This whole cycle leads to tyranny and social collapse* as revolution or wars that reboot all society, oligarchs included. Notice how 'businesses' is a huge entity in the Circular Flow of Economics.

The Circular Flow of SORAnomics, on the other hand, views trade equally between individual egos and collection of egos as companies and organizations (remember that SORAnomics keeps the difference between use-value and exchangeable values). This prevents too-big-to-fail companies and oligarchs from gaining power because they are checked by the constant natural competition between egos.

The dominance of business, arbitrage, and profit maximization in Economics leads to one common observable thing in all Economic systems: high market prices. After money is invented, it is pooled into corporations which oligarchs use to lobby laws and lawyers to create intellectual property laws* and tax breaks. Such laws then prevent competition that could hamper the egos of those oligarchs and corporations. The common justification is that by protecting the interests and egos of oligarchs and corporations, employment is preserved and social order is maintained. This is so easily countered by the fact that people can employ themselves as entrepreneurs, and each other as companies and partnerships.

An easy example is the high price of iPhones  wherein Apple works hard to protect its intellectual propertyand brand  through the (in)justice system. This gives it high profits as unnatural prices which then benefits its investors or a tiny segment of society. In addition, the public is unable to use its advanced technology to solve their pain points in other fields such as in the military or in medicine.

The falling Android prices below reflect a more natural price due to competition, falling with time as natural market prices, far below the unnaturally high market price of iOS.

High market prices have led to revolution ever since money was invented. High market prices of assets such as stocks and property have led to stock and real estate crashes which destroy value and savings, which then destroy the accumulated work done. It would be like working everyday just for daily food and rent in order to keep working for food and rent -- just like a slave. 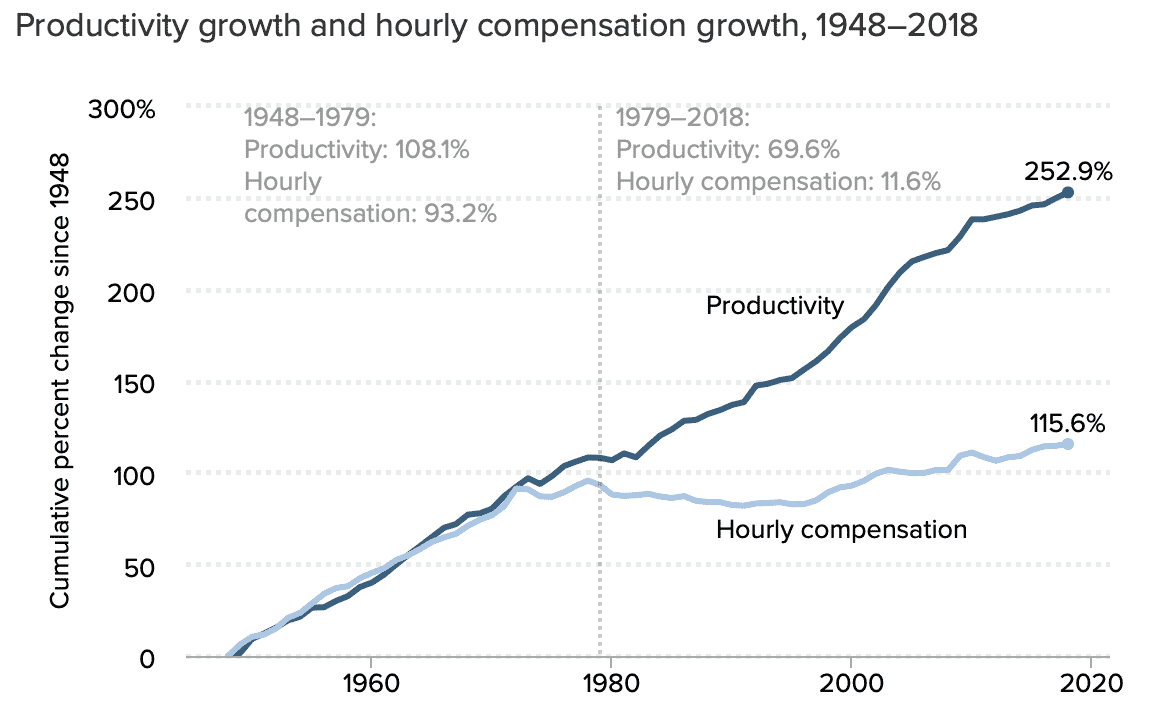 Slave wages have been a thing since the 1970's. Objectively, it sucks to be a Gen Xer or a millennial who are economic slaves to baby boomers.

The natural price is thelowest..he is likely to sell them for any considerable time.. [It is]..the central price, to which the prices of all commodities are continually gravitating.

The market price..is regulated by the proportion between the quantity..actually brought to market, and the demand of those who are willing to pay the natural price.

Thus we can see how the understanding of the metaphysics of value is the key to solving economic problems. Nowadays, metaphysics is a dead science and is not known by Economists who just rely on shallow analyses of cause and effect. Because of this, no Economist is able to solve recessions and financial crises. They often advocate bailouts and quantiative easing, not knowing that these will create more problems down the line.

To metaphysicians, the natural accumulation of these problems is therefore guaranteed and makes part of our prediction of a Great Stagflation which will not be solveable by any Economist.